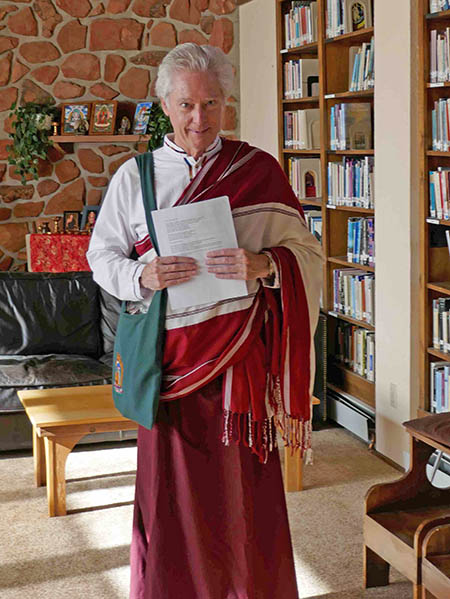 Alan Wallace is a prominent voice in the emerging discussion between contemporary Buddhist thinkers and scientists who question the materialist presumptions of their 20th-century paradigms. He left his college studies in 1971 and moved to Dharamsala, India to study Tibetan Buddhism, medicine and language. He was ordained by H.H. the Dalai Lama, and over fourteen years as a monk, he studied with and translated for many of the generation’s greatest lamas. In 1984 he resumed his Western education at Amherst College, where he studied physics and the philosophy of science. He then applied that background to his PhD research at Stanford on the interface between Buddhism and Western science and philosophy.

Since 1987, he has been a frequent translator and contributor to meetings between the Dalai Lama and prominent scientists, and he has written and translated more than 40 books. Along with his scholarly work, Alan is regarded as one of the West’s preeminent meditation teachers and retreat guides. He is the founder and director of the Santa Barbara Institute for Consciousness Studies and of the Center for Contemplative Research in Crestone, Colorado.